So I decided to create an unbiased research effort into this question!

There are few people who would dare challenge the practicality and effectiveness of the venerable old 30-30. Especially in the dense eastern forests of North America. WhileI would feel a little under equipped on a Sendero inTexas, the purpose of the 30-30 is well-defined in it’s habitat!

What exactly makes a rifle “the best deer rifle”?

Therein lies the answer to this entire subject and the one we will concentrate on here. I know that the results will be the subject of even more conversations and arguments, but our findings will not be based solely on my opinion, but the opinions of many hunters and publications ! When venturing into that territory, I asked myself why I was even bothering, because there is no one out there who has a concrete opinion that I will influence in the least.

My answer to myself is this. There are people out there who simply can’t afford to keep up with the Joneses when it comes to hunting equipment and rifles are no different. So these folks usually have a limited budget when they make a purchase. And the rifle that they should be proud of because they worked hard for the money and are just as adept as anyone else in the woods at the deer hunting craft, feels more like an insecurity than an asset! “Booby Joe bought the new GunWerks rifle that drives tacks at 1500 yards for $7,000 so my little $300 Savage Axis is junk”. Wrong! Once that bullet leaves the chamber, it doesn’t matter what the branding on the rifle was! Yes you can pony up and purchase extreme accuracy, and there is nothing wrong with that! But you don’t have to feel like a pauper if that’s not how you roll! 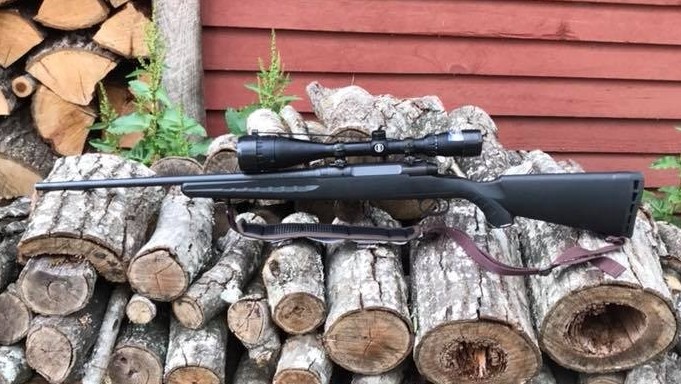 I will make a statement here that will be the catalyst for many arguments! But I can win that argument every time, because I can prove it! The savage axis pictured above is one of mine and it is a freaking tack driver! I own 2 Weatherbys as well as more expensive Savages, and a couple of Remington 700s. This Savage Axis chambered in 30-06 is as deadly in the deer woods as anything I own ! Period !

And another point I will make about this rifle is that I shoot it year round. I don’t launch 1000 rounds a week, but I shoot a good bit. A Savage Axis in the hands of a shooter is far more deadly than the $7000 custom rifle that gets shot 2 times a year to check the scope before hunting!

So I really believe that if you have a passion for doing something, you should do it to the best of your ability, whatever that is!

Long Range versus out of the box?

If you are going to be hunting in areas where shots can exceed 500 yards you should think that way, and practice that way!

Most hunters leave it up to the equipment to cover their handicap to borrow a term from golfing. That doesn’t cut it when you are trying to ethically take the bests shot possible at wild game! If you require a long range setup, you should also practice for long range!

I shoot a good bit as we discussed earlier, and I have areas in the Southeast where I can shoot very long distances, so I purchased a rifle and made some changes to better make that possible.

I bought a Savage 116 Stainless chambered in .300 Win Mag. I then epoxy bedded the stock and opted out of the accu-trigger to a Timney unit. (Becaiuse I “heard Timney was the best”I align honed the scope rings for perfect alignment and topped it off with a $1000 scope . I was ready for some serious wild game sniper work!

The problem was that as I broke the rifle in at the range, I hated it! The scope absolutely sucked to me! Other people may love it and in fact the person I sold it to did love it! I decided to give Vortex a go and put aVortex Diamondback on. The results were staggering! That little $200 Vortex has the feel, fit and quality of the $1000 scope I took off, but resolved all the issues I had ! So as it turned out I was actually far more pleased with a less expensive scope ! That is the way it happens many times. And sometimes it’s the opposite result. So don’t think that just because something costs more it will change your life !

I love the .300 Win Mag now, but the recoil keeps me off the bench more than my other rifles. I still get about 5-10 boxes a year out of itan stay sharp.

My favorite rifle and why

I own quite a few firearms and most are of the deer rifle category. There’s a Remington 700 chambered in .270, a Weatherby Vanguard also chambered in .270 Win, and a T.C. Venture chambered in .270 WSM. I have to say that the .270 WSM is without a doubt my favorite. The short rifle with a heavy barrel(not bull barrel by heavier than normal) is a tack driver that is guaranteed 1 M.O.A. right out of the box by Thompson Center. 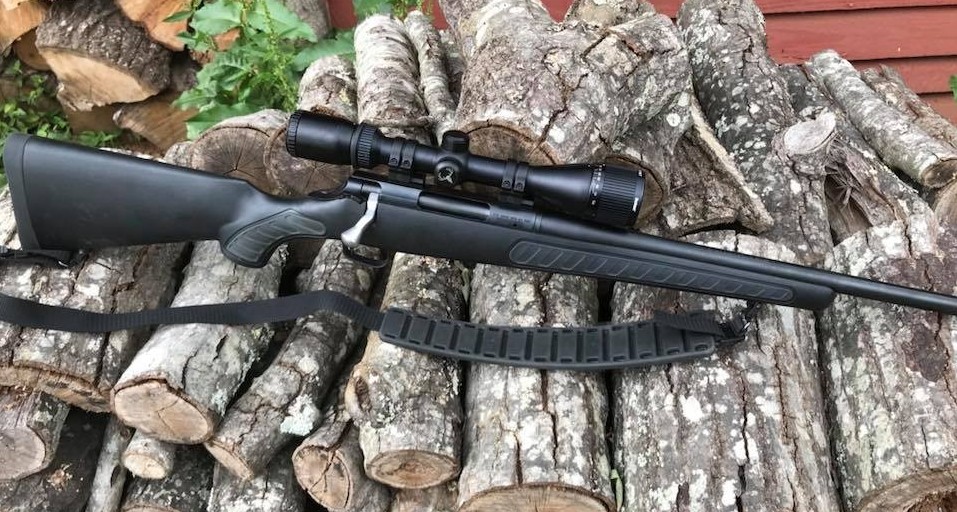 I love the T.C. Venture for it’s carry and accuracy as well as simply feeling right ! I have harvested quite a few Whitetails with this gem and plan on growing old with it. At least as long as I can find ammo! The Bushnell Trophy scope on top will likely be traded for a Vortex Diamondback like I put on my Savage .300 Win Mag, because the glass is awesome and I simply love the simplicity and functionality of Vortex optics !

I did a comparison review of the Vortex Diamondback Binoculars and Nikon Monarch binos. You can see that review HERE. And my preference was the Vortex binoculars, The Nikon products are great and it was pretty much a tie. But Vortex won due to price. If two items are essentially tied, why would you pay $100 more for one over the other?

The results of the research project were just what you would think.

In short, I believe that most people refer to the rifle they hunt with as the best deer hunting rifle! And that’s cool! It’s great to be happy with the equipment that you own!

The hunting and firearms industry makes a lot of calibers, brands, and other aspects like actions for a reason. Sales!

I remember seeing an episode of Realtree Monster bucks back in the mid 90s where Dale Earnhardt was hunting with Bill Jordan. Both men were wearing brand new Remington hats and Dale Earnhardt was singing the praises of his new Remington 700 chambered in .260 Remington. That rifle and caliber was the best-selling rifle/ cartridge combo of that year. Remington couldn’t make enough of them! 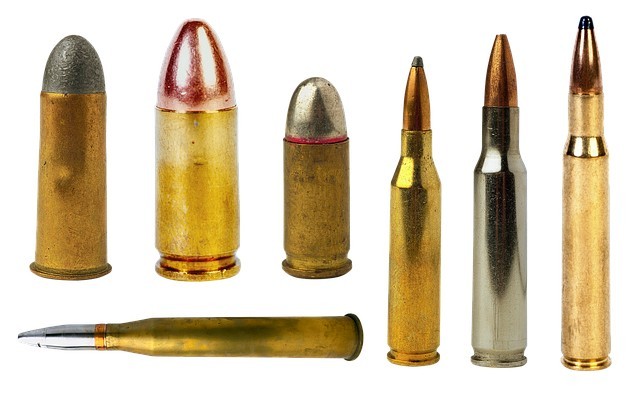 While doing research and interviews I got answers that were less than surprising. The answers to the question of what is the best deer hunting rifle ranged from the same old venerable 30-30 to super high tech offerings from Gunwerks. And while those are both great answers, I’m looking for the best out of the box rifle. So I disqualified my Savage .300 Win Mag because of the extent of upgrades that have been made to it.

Once that criteria was put in place the answer became very clear! The best deer rifle is almost every rifle ever made! What can I say? People like their gear! The explanations varied, but in the overall outcome people liked certain aspects about their rifles and that was a clincher with no room for discussion!

I did however get a good idea of 2 major brands and models of rifles that people sited the most as the best. One of those of course is the Remington 700 chambered in 30-06. And the other was the Marlin 336, 30-30. But those rifles by no means dominated conversation!

I had people who are in love with their AR platform rifles, people who will only hunt with Browning rifles such as the A-Bolt or X-Bolt. And then the traditionalists who really love black powder rifles. It’s a wide open subject. So who is right? Everyone!

There has been so much marketing and market research done that selling rifles is a mega business and people buy into different rifles for different reasons. So if you have a rifle that you are in love with and you’re successful harvesting deer with it, you arguably own the best deer rifle in the woods !

If I could only own one rifle, what would it be?

This is the question that really gets me thinking and I wish I had used in my research ! If you could only own one deer rifle what would it be?

My first thought is that same Marlin 336, 30-30! You cannot argue with the toughness and track record of this rifle when it comes to harvesting whitetail deer! If you try to argue it, you just sound silly! But my question made me change my mind, I can only have one rifle, and I’m not sure I want to be married to a rifle with a max range of 100-125 yards.

I woud want a great quality rifle and that can be had in many offerings by Remington, Savage, and Browning. I want a rifle that can reach out to 350 yards without modifications and be reliable doing it. And just like the attention to the rifle its self, I want a cartridge chambering that will best serve a well- rounded list of needs.

After much deliberation I decided on one of two rifles. Either a Savage model 100 or Remington 700 and the desired caliber is .308.

Both of these rifles are work horses and with a slight edge to the savage for weight reasons I wouldn’t argue which one .Both rifles would cover the range and potential to do what I want and do it well ! I will say that if I could have 2 rifles, one would be my T.C.Venture in .270 WSM. But in a crisis situation it might be rather difficult to find ammo, because it can be a task now. That is why I usually order my ammo on line.

With all the options available in the deer hunting rifle market, it’s hard to go wrong! The firearms today use cutting edge engineering and manufacturing techniques even the lower price rifles are very good quality!

I know the age old caliber arguments will continue forever. But lets be honest here. What difference does it really make? If you send a .270 caliber, or .30 caliber bullet through the vitals of a Whitetaile deer you will harvest that animal. I’ve seen great blood trails from a deer shot with a .300 Win Mag disappear in a briar thicket too !

Practice with your rifle. Send lead down the barrel on a reasonably regular basis and use good shot placement. And have confidence in your favorite deer rifle, because it just might be the best deer hunting rifle in the woods !

Thanks for reading! If you haev a any comments or questions please leave them in the comments section and I will get back to you as soon as possible!

Have a blessed day!

This site uses Akismet to reduce spam. Learn how your comment data is processed.

Data found will be sent tomyour Email address and allow you to put in an additional request to have the data anonymized.